Industrial marking is a mandatory process for all industrial segment, also in boats manufacturing one. Each craft shall carry a permanently affixed plate mounted separately from the boat hull identification number, containing the following information:

Name of the manufacturer

The name of the manufacturer must be clear, to ensure clarity of the information, even and especially if the boat is sold or supplied by dealers. CE marking (for Europe) For the placing of a private boat on the market in the European Community, the CE marking is mandatory. The philosophy of the new approach of EU directives is based on the free movement of goods, as well as people and services. Directive 2013/53 / EU provides that newly built boats, up to 24 meters in length, must possess the CE marking for the purposes of free marketing in the European Economic Area. As established by Decision No. 768/2008 / EC of the European Parliament and of the Council, the process is based on eight evaluation procedures (modules), which apply to the design and production phases: from internal manufacturing control (module A) to product verification (module F), up to full quality assurance (module H).

This sequence of numbers and letters may seem abstruse, but it makes it possible to know the name of the builder, the country of production, the age of the model, the year and month of construction. Important details, at the time of purchase, to ensure the good faith of the seller. “It is wise for the yachtsman to make sure who actually built the vessel. Especially in the case of dealers who present customised boats on site for example or for second-hand boats” explains Xavier Nicolas, director of the Maritime Affairs yachting mission.

The boat design category – according to section 1 – can describe the kind of the craft itself. Manufacturer’s maximum recommended load – according to section 3.6 – is necessary for avoiding load issues or more severe problem during navigation. The number of persons recommended by the manufacturer for which the boat was designed to carry when under way is mandatoty too.

An example CID/HID might appear as “GB-ABC00042-A3-99”, where “GB” is the ISO 3166-1 country code, “ABC” would be the Acme Boat Company’s Manufacturer Identity Code (MIC); “00042” would be the forty-second hull constructed by the organisation; “A3” would be January 2013 for the date keel was laid to the nearest month and “99” denoted as the year 1999 as the particular model/specification number. Months are denoted from A…L for January…December.

In the United Kingdom, the British Marine Federation manage the issuing of Manufacturer Identity Code on behalf of the British Department for Business Innovation and Skills. Amateur boat builders in the United Kingdom may apply for one-off HIN from the Royal Yacht Association who will issue one number from their “GB-RYAxxxxx” range. 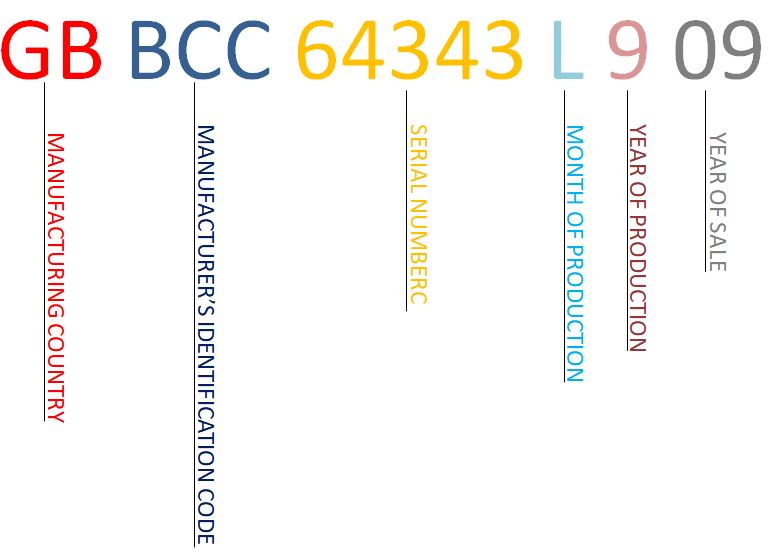 Industrial marking for marketing and beauty

In addition to all these purposes, industrial marking can be also used for stamping manufacturer’s logos or decorations, maybe also the name of a yacht on boat supplies. This kind of marking can be made on a high range of materials, such as metals, plastics, ceramics, glass, resins, woods, leathers, or even special ones. Industrial marking can also be used for personalising or branding boat supplies, like silverware, flatware, cutlery, keys and so on. 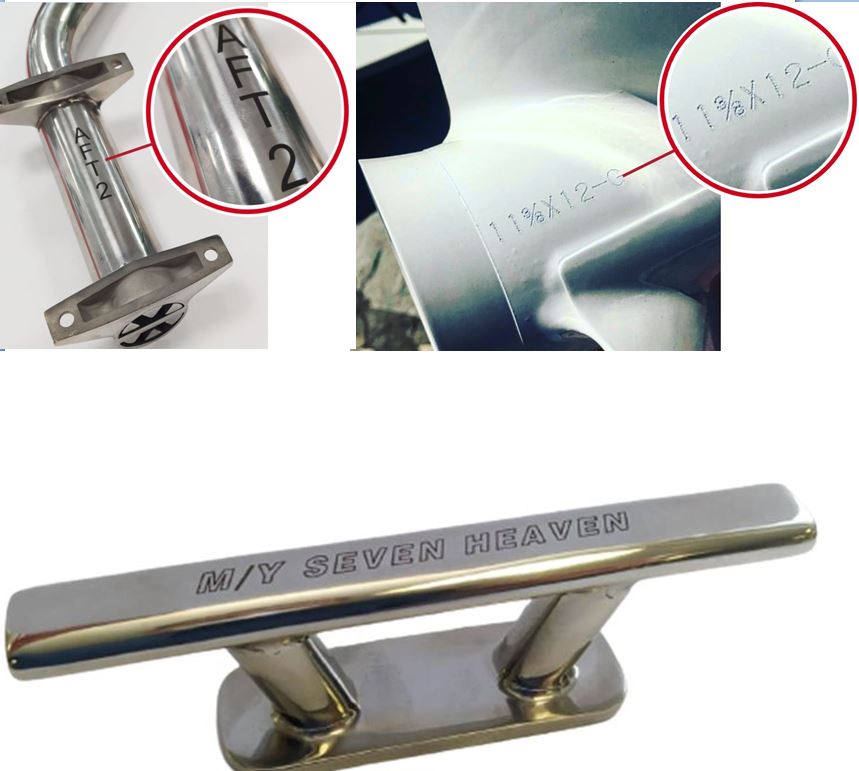